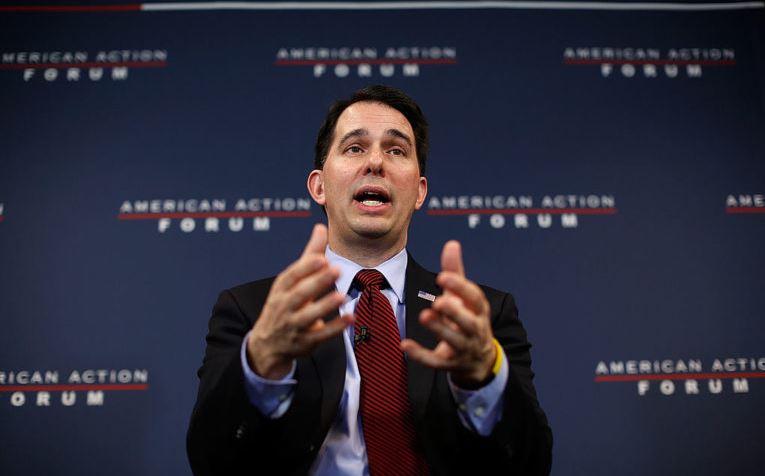 With 600 workers set to lose their jobs in the Fox River Valley area of Wisconsin (the result of layoffs announced by Kimberly-Clark last month), you might think that the company responsible for those jobs losses would be ineligible for tax credits meant to spur job creation.

If you thought that, you would be wrong.

According to the Wisconsin Budget Project — a nonpartisan, nonprofit organization “engaged in analysis and education on state budget and tax issues” — Kimberly-Clark is still eligible for a deduction called the Manufacturing and Agriculture Credit, which “nearly eliminates the requirement for manufacturers to pay state income taxes.”

That’s because there is no requirement that a company be able to credit a single job in order to qualify for the exemption.

Gov. Scott Walker pushed for the exemption based on the idea that it would improve job creation and expansion.

Yet the Wisconsin Budget Project states there’s no basis to suggest tax credits such as these, as well as those given out to companies like Foxconn, will actually do much good for the state.

“Given the high cost of the Manufacturing and Agriculture credit, its failure to spur employment, and its extremely slanted nature, Wisconsin policymakers should be seeking to roll back the credit,” the organization wrote in a recent blog post. “Instead, Governor Walker and other lawmakers have proposed giving an even bigger break to Kimberly-Clark (and presumably other companies) by paying cash subsidies to maintain employment levels, similar to a portion of the incentive package that the state offered Foxconn.”

Foxconn was given $4.5 billion in tax incentives, and Walker misleadingly claimed that the company will create tens of thousands of jobs as a result (it’s not out of the question, but it’s extremely speculative at this point). Walker, it turns out, has a bad habit of making inflated claims about how many jobs he’ll bring to Wisconsin.

Walker and other Republicans are disregarding a key ingredient of job creation — it takes supply and demand. Giving tremendous tax cuts to manufacturers in the state cannot create demand for more jobs, which means that for the most part new jobs just won’t be created. But demand does increase when policy measures increase the purchasing power of the working class, which means jobs tend to grow.

That won’t likely happen in Wisconsin, given Walker’s propensity to disregard workers’ needs. What will happen is that wealthy manufacturers will continue to pour donations into the governor’s re-election campaign efforts — which benefits Gov. Walker, but not so much working families in Wisconsin.