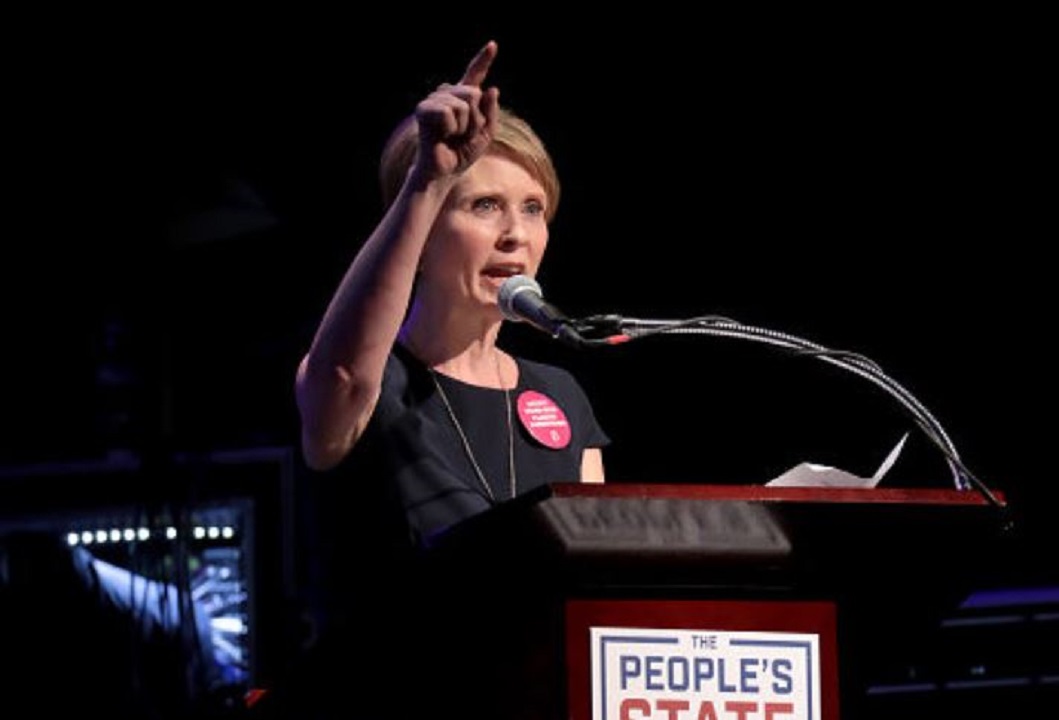 If Governor Andrew Cuomo wants to challenge Donald Trump for president in 2020, he may have to survive Cynthia Nixon first
Actress and activist Cynthia Nixon, best known for her role as Miranda in [email protected] and the City, is reportedly preparing to announce a run for governor of New York, challenging incumbent Andrew Cuomo in this September’s Democratic primary.

The campaign would be a first for Nixon. She has never held or even run for elected office, but she’s no stranger to politics either.

For years, Nixon has been an outspoken figure in progressive politics, traveling the country to fight for marriage equality prior to the 2015 Obergefell v. Hodges ruling, speaking at rallies for Planned Parenthood in Washington, D.C., and campaigning for President Obama’s re-election campaign in Florida and Virginia.

Since the election of President Donald Trump, she has become a leading celebrity activist in the anti-Trump “resistance.” She spoke at the 2016 Women’s March in New York and has made the rounds on television and radio talk shows to argue against Trump policies including the controversial “Muslim ban” and the attempted repeals of Obamacare.

However, Nixon has always been most engaged in her home state of New York, where she is both politically active and well-connected. She helped Bill de Blasio win his first mayoral campaign by securing a series of celebrity endorsements that boosted his candidacy. She was later appointed to the advisory board for the Mayor’s Fund to Advance New York City.

Cynthia Nixon spokeswoman: “Many concerned New Yorkers have been encouraging Cynthia to run for office, and as she has said previously, she will continue to explore it” https://t.co/8EgqupQ49U pic.twitter.com/tfBFJdHMa1

Where Nixon really stands out is on the issue of public education. She is a mother to three children and her wife, Christine Marioni, is the former New York director of the Alliance for Quality Education. Together, the couple have been advocates for improved financing to New York’s public schools for almost two decades. Nixon even allowed herself to be arrested at a protest over school budget cuts during the Great Recession.

The issue of education also happens to be her biggest source of frustration with incumbent Democratic Governor Andrew Cuomo who Nixon has repeatedly criticized for increasing inequality in New York’s schools.

“Governor Cuomo likes to say that, you know, ‘we spend more per pupil than any other state’ and that is actually true, but the only reason that is true is because we spend so much on the kids in our wealthiest districts,” she told hosts of The Today Show last summer. “Between our hundred richest schools and our hundred poorest schools, there’s a $10,000 gap between what we spend per pupil….That gap now between our richest schools and our poorest schools is now wider under Governor Cuomo than it has ever been before and that has got to stop.”

Nixon also has stated that Democrats, including Cuomo, are not doing enough to combat other forms of inequality in the state.

“If we had bluer Democrats, New York wouldn’t have the worst inequality in the country,” she said at the Human Rights Campaign Greater New York gala last month where she was presented with a Visibility Award. “For all the pride that we take here in being such a blue state, New York has the single worst income inequality of any state in the country — how can we know this fact and let it stand without actively working to change it?”

Governor Cuomo was in attendance that night as well.

While Nixon is remaining coy about whether or not she’s running, NY1 reports she in-talks to hire two former staffers of Mayor Bill de Blasio to help manage her prospective primary campaign against Cuomo.

If that’s accurate, it could make this year’s campaign an extra grueling battle for the incumbent Democrat who is said to be mulling a presidential bid in 2020. Cuomo already faced an unexpectedly strong primary challenge in 2014 from an almost complete unknown candidate in 2014, Fordham Law Professor Zephyr Teachout, who also ran on the issue of worsening income and education inequality in New York.

Is Cynthia Nixon likely to be elected the next governor of New York this year? Maybe not. Does her candidacy represent a visceral hatred among the activist left for Andrew Cuomo that would haunt any attempt to run in 2020? Very much yes.

Nixon’s potential campaign would almost certainly be better organized and better funded than Teachout’s longshot bid four years ago. Even then, Cuomo struggled to maintain the endorsement of the Working Families Party at the time but pulled it off with an assist from the more progressive Bill de Blasio.

However, Cuomo probably cannot count on de Blasio this time around. The relationship between the New York City mayor and the governor has become tense since 2014. Some reports indicate they outright hate each other amid tensions over what New York pays in taxes and gets back from Albany.

If Cynthia Nixon really does decide to jump into the race, she will likely be the one with the support of her old ally and friend Bill de Blasio, especially with his staffers working her campaign. That could signal the beginning of a dramatic primary campaign in New York with national implications as Cuomo continues to weigh a 2020 presidential campaign.

The deadline to file for a campaign is July 12.