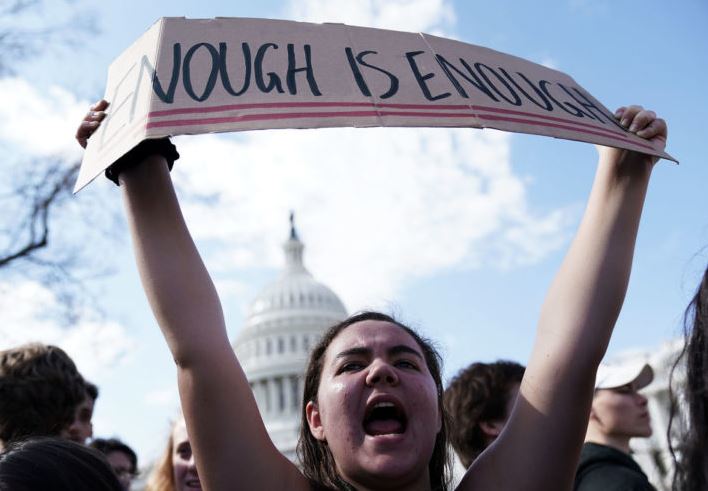 The governors of four East Coast states said today they will not wait for federal action to deal with the nation’s epidemic of gun violence.

“Rather than wait for the federal government to come to its senses and pass responsible gun safety legislation, New York is joining with New Jersey, Connecticut and Rhode Island to take matters into our own hands,” New York Governor Andrew Cuomo said, announcing the new States for Gun Safety coalition aimed at curbing gun deaths and stemming the flow of weapons across state lines.

The coalition of states will create an information-sharing system designed to allow law enforcement to share details about individuals banned from purchasing firearms within any one of the member states.

Currently, states are limited to using the federal government’s background check system, which does not always pick up violations that lead certain states to prohibit citizens from owning guns.

That makes it easy for someone prohibited from owning a gun in one state to simply cross the border into another without tipping off their own state police.

By sharing information, member states can now alert each other when a high-risk individual known to one state attempts or succeeds to purchase a weapon in a neighboring state. This will give law enforcement the chance to intercept the weapon after the person crosses back into the state where they are banned from owning a weapon.

The system also puts member states in a better position to determine “the fitness and suitability of a gun applicant or owner” to prevent high-risk individuals from obtaining weapons in the first place, according to the memorandum signed today.

The creation of the States for Gun Safety is the first major step toward gun reform taken by any states since the shooting at Stoneman Douglas High School last week.

“We refuse to allow federal inaction to enact common-sense gun safety laws [to] endanger the lives of our residents,” said Connecticut Governor Dan Malloy, who has been a major proponent of gun reform since the deaths of over 20 first-graders at Sandy Hook Elementary School in Newtown, Connecticut. Last week’s incident in Broward County, Florida is the deadliest school shooting since.

In addition to the intelligence-sharing system, the four member states will also form the Regional Gun Violence Consortium, a group tasked with researching and producing evidence-based reports on how to reduce gun violence. The consortium will be operated by a partnership of to-be-announced colleges and universities in the member states.

The group’s research will be aimed at filling the gap created by the federal government’s “ban” on the use of federal funds to study the causes of gun violence as a public health issue, according to the memo.

In the 1990s, the Centers for Disease Control became interested in studying gun violence amid research that suggested gun owners were more at risk of homicide and suicide.

“We need to revolutionize the way the way the way we look at guns, like what we did with cigarettes,” the director of the CDC’s National Center for Inquiry Prevention and Control said in 1994. The statement alarmed gun-rights advocates, and the National Rifle Association began lobbying Congress to ban the use of federal funds to research gun deaths.

In 1996, Republican Rep. Jay Dickey of Arkansas attached the so-called Dickey Amendment to a spending bill that banned the use of CDC money to “advocate or promote gun control.” While that still technically left leeway for doctors and experts to research the issue, the spending bill also cut the CDC’s budget by the same amount previously allocated for that research.

Since then, America’s gun epidemic has only worsened. Of the 10 deadliest mass shootings in U.S. history, seven have happened since the passage of the Dickey Amendment.

Incidents including the massacres at Columbine, Virginia Tech, Sandy Hook, the Orlando nightclub, and Las Vegas have made international headlines, but the CDC has not attempted to challenge Congress or the NRA again. Despite years of horrific headlines and tragedies, there has been almost no public research into the causes of gun violence or ways to prevent it in over two decades.

“Gun violence is not a New Jersey problem, a New York problem, a Connecticut problem, a Rhode Island problem, or a problem for any particular state or region — it is a national problem,” New Jersey Governor Phil Murphy said. “However, we cannot wait for Congress or the president to act. As states, we must work together to take the steps and enact measures to protect our residents and our communities.”

The four governors plan to encourage other states to join the coalition at this weekend’s meeting of the National Governors Association.