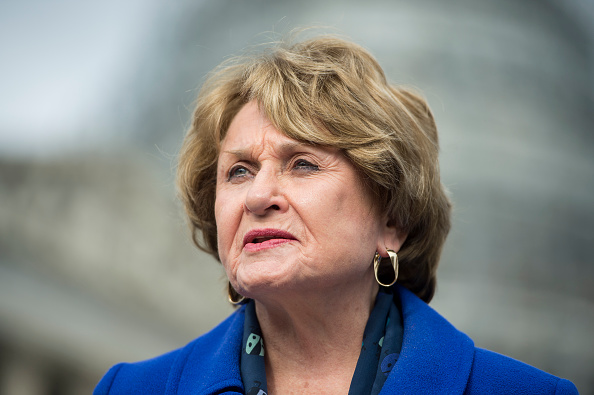 Rep. Louise Slaughter’s legacy will continue to be felt in Congress and in America for years to come
Rep. Louise Slaughter, one of the longest-serving and most progressive Democrats in Congress, has died at 88 years old. She served the Rochester, New York area as representative for the 25th congressional district (previously numbered as the 30th and 28th district) since 1987.

Slaughter passed away on Thursday after she fell at her residence in Washington, D.C. earlier this week, ending her historic career as a champion for the rights of women and other Americans, as an aggressive defender of public health, and as a powerful ethics watchdog.

House Democratic Leader Nancy Pelosi said she was “heartbroken” by the news of Slaughter’s passing.

“Louise was a trailblazer,” Pelosi said in a statement. “Her strong example inspired countless young women to know their power, and seek their rightful place at the head of the decision-making table.”

[email protected] was tough, unfailingly gracious, and unrelenting in fighting for her ideas. She was simply great. In her memory, I have ordered that the flags above the Capitol be lowered to half-staff.

These are some of Rep. Louise Slaughter’s greatest accomplishments:

Slaughter was the first woman to chair the powerful Rules Committee in the House of Representatives. She took up the post in 2007 following the massive Democratic wave in the 2006 elections. She served in the position until 2011, making her instrumental in almost every piece of legislation passed by the historic 110th and 111th Congresses.

Emergency Economic Stabilization Act of 2008
American Recovery and Reinvestment Act of 2009
Lilly Ledbetter Fair Pay Act
Dodd-Frank Wall Street Reform Act
Patient Protection and Affordable Care Act
James Zadroga 9/11 Health and Compensation Act
In Louise Slaughter we had a fearless public servant, a champion of women’s rights, and a leader in the truest sense of the word. She will be so missed but her legacy will live on. Thinking today of her family and loved ones.

In 2006, Rep. Slaughter authored and introduced the Stop Trading on Congressional Knowledge (STOCK) Act. The bill was designed to combat insider trading from federal officials and their aides. Although it took almost a half a decade, Slaughter eventually helped push the bill through Congress and it was signed by President Barack Obama in 2012.

The law helped expose questionable trades made by Rep. Tom Price, President Donald Trump’s first Health and Human Services Secretary. Although Price was confirmed by the Senate anyway, the incident raised the level of scrutiny against him which may have contributed to his eventual resignation for abusing taxpayer funds just nine months into his tenure.

The act also directly led to the resignation of Trump’s Centers for Disease Control and Prevention (CDC) director, Brenda Fitzgerald. Fitzgerald had purchased shares in tobacco as well as other food and drug companies just one month after taking the job at the CDC.

Early in her career, Slaughter joined a group of congressional women to defy their male colleagues by demanding that the Senate Judiciary Committee allow Anita Hill to testify regarding her allegations of sexual misconduct by then-Supreme Court Justice nominee Clarence Thomas.

I will never forget the day #LouiseSlaughter and 6 other House Democratic Congresswomen marched to the Senate to demand that the all-male Senate Judiciary committee delay a final vote on Clarence Thomas October 8 1991. She lost that battle but was a fighter to the end. RIP

Slaughter went on to co-author the Violence Against Women Act. The legislation, which was passed under the Clinton administration in 1994, improved national criminal justice efforts aimed at individuals who committed violent and/or sexual offenses against women. The law also established the National Domestic Violence Hotline among other services for victims of abuse.

A scientist in Congress
Slaughter’s education, which included degrees in Microbiology and Public Health, informed her work in Congress. In 1995 she authored one of the most visionary bills in recent congressional history.

Slaughter was unable to pass the bill in 1995, but she kept reintroducing the legislation. In 2008, it was finally passed by Congress and signed by President George W. Bush.

Some ways to honor her legacy:

-Support science-based policy through @UCSUSA
-Support women in science with @500womensci
-Support scientists running for office through @314action
-Step up and @runforsomething!

Breast cancer research
Slaughter used her positon on the House Budget Committee to earmark the first major federal government funding into finding a cure for breast cancer. She secured nearly $500 million for research in the 1990s and continued to promote breast cancer awareness and research throughout her time in Congress.

In 2008, she secured millions of dollars for the development of Koning’s 3D breast cancer imaging scanner. The scanner recently received FDA approval and is expected to transform the way breast cancer is diagnosed.