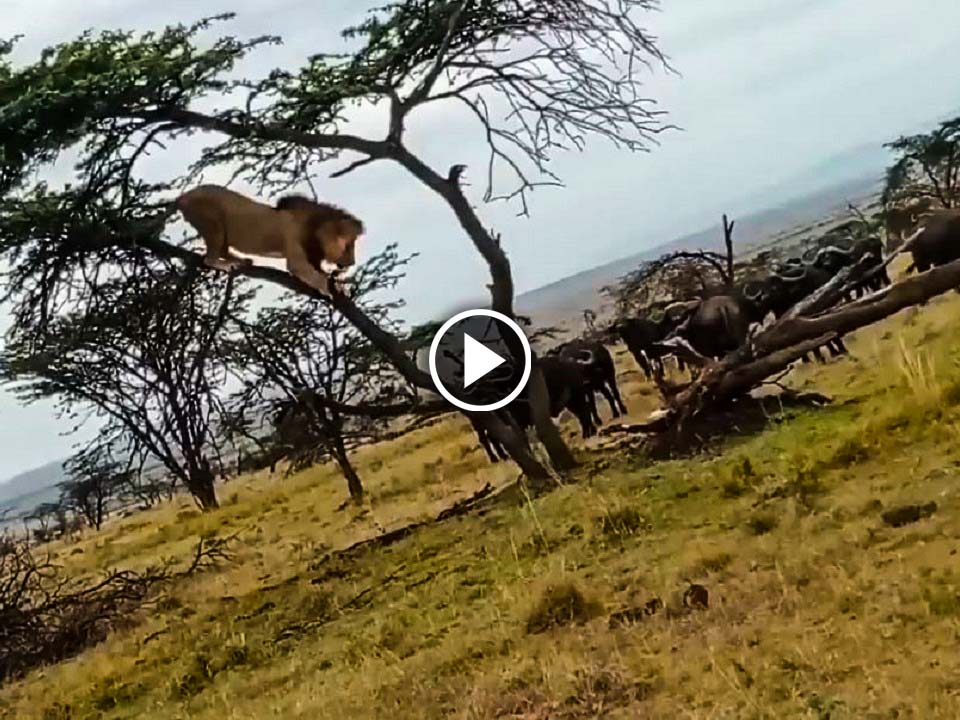 We have often seen many viral videos on social media, in which many animals fall prey to the king of the jungle, the lion, but we rarely get to see such a video in which even a lion can be seen saving its life from an animal. One such video is going viral on social media in which a lion climbs a tree to save its life from a herd of wild buffaloes and what happens after that you might not have seen in any video.

The video, which is going viral on social media, has been shared on a YouTube channel named ‘Maasai Sightings’ with the caption “A male lion that was laying down with his pride was chased off by a buffalo herd, the male lion decided to stay and fight but eventually had to take refuge on a tree.”

In this video, a lion is mounted on a tree and wild buffaloes are standing below, waiting for the lion to come down. Lion is also looking for the right opportunity to save his life from wild buffaloes so that he can get down from the tree and run away from there. After some time, the lion comes down from the tree after getting the right opportunity and in the meantime, a buffalo runs to attack the lion, but the lion also tries to attack the buffalo again but due to the large number of buffaloes, the lion runs away from there. The viral video has got 1,811,139 views so far and netizens are giving different reactions to this video. One of them wrote while commenting “The great Warrior was not going to come under their pressure the branch looked very thin though….he went out in style until that last Buffalo decided to show her strength thanks .”