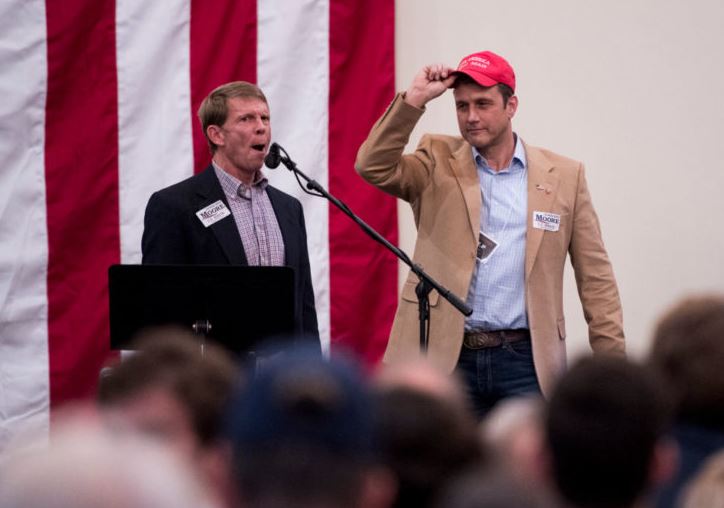 Paul Nehlen is running a primary campaign against Republican Speaker of the House Paul Ryan, who represents the 1st Congressional District in Wisconsin. Ordinarily, such a challenge might make Democrats excited about a possible split in the Republican vote — but nobody should be excited about the hate Nehlen is propagating through his campaign.

Nehlen has made bigoted statements in the past, and many news outlets, including 50 States of Blue, have reported on them. But the negative attention his campaign has recently garnered apparently hit a nerve, because on Tuesday he decided to hit back at those who have been critical of his candidacy — especially his Jewish critics.

Nehlen released a list of Twitter users, mostly journalists, who he said “attacked” his “#AmericaFirst positions,” claiming that most of the individuals were Jewish. He included their email addresses and their phone numbers.

14/ I’ve compiled a list of “verified” Twitter users who have attacked me *in just the last month alone* for my #AmericaFirst positions. Of those 81 people, 74 are Jews, while only 7 are non-Jews. Here is the list: pic.twitter.com/2pQlEp0RjU

Since his tweets, some news sites have pointed out that Nehlen’s list contains factual inaccuracies — for instance, many of the writers on it are not in fact Jewish.

But fact-checking Nehlen’s list feels almost beside the point. Earlier this month, Nehlen tweeted out images of CNN employees with the Star of David imposed on their pictures — and when people complained about that, his response was to literally compile a list of Jews, World-War-II-style. That fact alone is horrifying enough — but Nehlen also exposed his targets to potential harassment by doxxing them (posting their contact information), and promoted a bigoted conspiracy theory about Jews dominating the media.

It is sick, it is shocking, and it’s not an isolated incident. Nehlen also once tweeted that “Jews (and others) who do not acknowledge [Jesus Christ as savior] will burn in hell,” tweeted the cover of an anti-Semitic book he was reading, and made other white supremacist remarks.

And after critics responded to Nehlen’s list with outrage and reported him, Nehlen gleefully doubled and tripled down on his original tweet. He claimed that he faces a “double standard” because Jews are “immune from criticism,” boasted that Twitter had declined to take down his original list tweet, and tweeted out another image that suggested most prominent sexual predators are Jewish.

29/ So let’s look at the observation Larry David made on Saturday Night Live, because it’s a list…a dirty, filthy, list. pic.twitter.com/PoZUUWzOAp

This is a man who wants to be a member of Congress. Up until a few months ago, when controversy erupted over his more overtly white supremacist tweets, he was even considered a legitimate part of the conservative movement. He spoke at campaign events for Roy Moore and was supported by Breitbart News, and in 2016 then-candidate Donald Trump seemed to consider endorsing his candidacy as well. But Nehlen’s hateful views were publicly evident long before the tweets that did him in, the Washington Post’s Callum Borchers noted in December.

And it’s working: according to the Milwaukee Journal Sentinel, one of the names on the list, a person who goes by “Megan” in the article to conceal her identity, says she’s been receiving harassing phone calls since Nehlen tweeted the list. Some even sent her pictures of the Holocaust.

When “Megan” contacted Nehlen to remove her name, his “campaign” merely posted screenshots of their interaction, the Journal Sentinel reported.

Nehlen doesn’t see any problem with his list. He claims he’s no different than the Southern Poverty Law Center, which documents hate groups from around the country. He’s wrong, of course; the SPLC works against bigotry and hate groups that engage in violent actions against others, while Nehlen promotes hate and arguably incites harassment.

There are certain people in this world who don’t deserve attention for their negative actions. That’s what they’re after — their hateful words or beliefs to spread. But when it’s a political figure running for office, we don’t have the luxury of ignoring him.

Nehlen’s views must be visibly rejected. All of his hatred, against Jews, Muslims, immigrants, and more, must similarly be denounced at every opportunity.

So too should future Nehlens. He didn’t come out of nowhere.