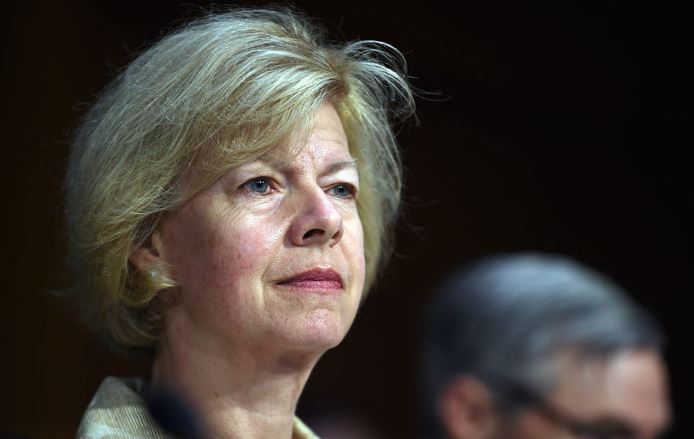 Republican candidate for United States Senate Kevin Nicholson has received some very embarrassing news that will likely make it more difficult for him to win the GOP nomination to run against U.S. Sen. Tammy Badlwin in the fall.

Nicholson’s own parents decided to donate $2,700 — the maximum dollar amount allowable to a federal candidate — to Baldwin’s primary campaign, CNN reported this week.

Nicholson is a United States Marine Corps. veteran, who served in both Iraq and Afghanistan. When he returned home from the war, he decided to side with the Republican Party.

“I’m a conservative today not because I was born one, but because of the experience I earned as a Marine in combat, my experience as a husband and father, my choice to be a Christian, the schools I chose to attend and the decision to pursue the career that I have,” he said in a statement.

Those aren’t necessarily reasons to become a Republican, however. In fact, plenty of people with the same life experiences — husbands/fathers, Christians, and veterans — also choose to be Democrats.

Still the point remains: Nicholson wasn’t born a Republican. He chose to become one. Which is fine — this is America, after all, and he’s free to make that choice.

It’s still quite telling, however, that his own parents decided to donate to the very person he’s hoping to unseat.

“My parents have a different worldview than I do, and it is not surprising that they would support a candidate like Tammy Baldwin who shares their perspective,” Nicholson said in his statement.

But if even your own parents can’t endorse your political candidacy, what does that say about you as a potential nominee?

Nicholson considers himself a true conservative and isn’t afraid to align himself with some controversial figures — including former White House strategist Steve Bannon. But this latest revelation may leave some to doubt him as a true, bona fide conservative. Indeed, it wasn’t that long ago that Nicholson was the president of the College Democrats of America.

Not that his Republican opponent is that better of a candidate — state Sen. Leah Vukmir tried to create her own conservative image by casting herself as a fighter in the fake “War on Christmas” n late 2017.

Both GOP candidates demonstrate that they’re not the real deal. But Baldwin is a true progressive candidate who isn’t afraid to stand and defend her consistent beliefs.